Pass Into The Endzone SSG

Adjust your playing grid size based on the ability level of your players, how far they can make good passes and how many players are playing on each team.
Adjust your pitch and make it bigger for beginner players and lower ability players. Adjust the depth of your end-zone make it deeper for beginner players to give them more room to receive a pass and get the ball under control.

Once a team scores a point by making a pass to a team mate inside the end-zone the other team gets possession of the ball and tries to go score in the end-zone at the other end. 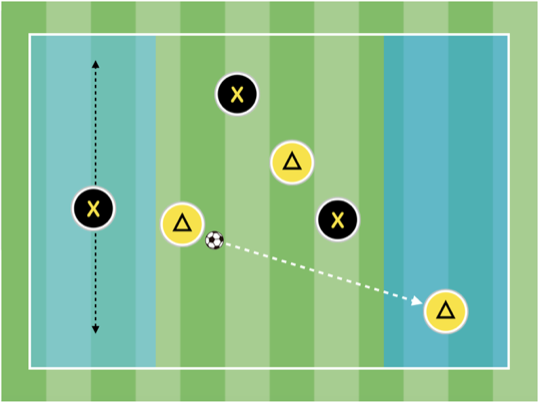 A very simple variation to this game and one you may want to start with is to assign one player who is locked into the end zone providing a target player for each team.

This player has to stay in the end-zone, other players can still receive a pass and score.  This sometimes makes the game simpler and easier for younger players to understand. 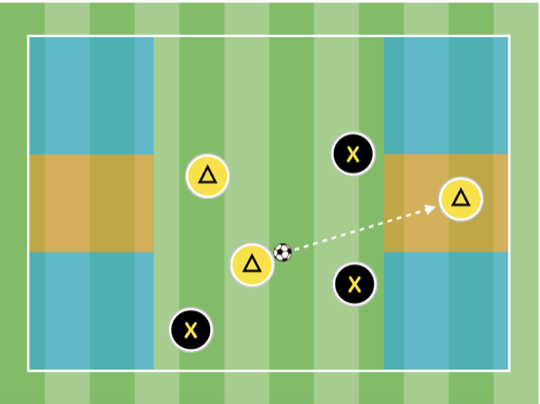 Another variation of this game is to create two wide zones and a central zone within each end-zone and assign different point values for passing into the different zones depending on what you want the teams to achieve.

You may assign higher points for getting into the wide zones or the central zone. 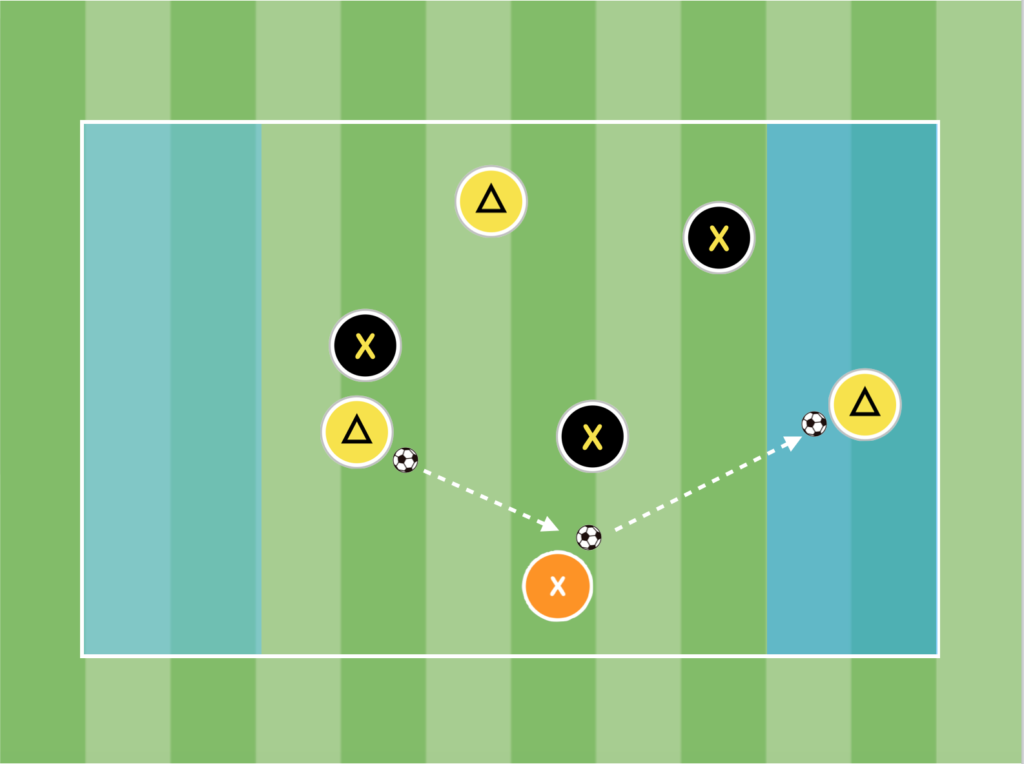 Add a neutral who plays in the game and is on whichever team is in possession. 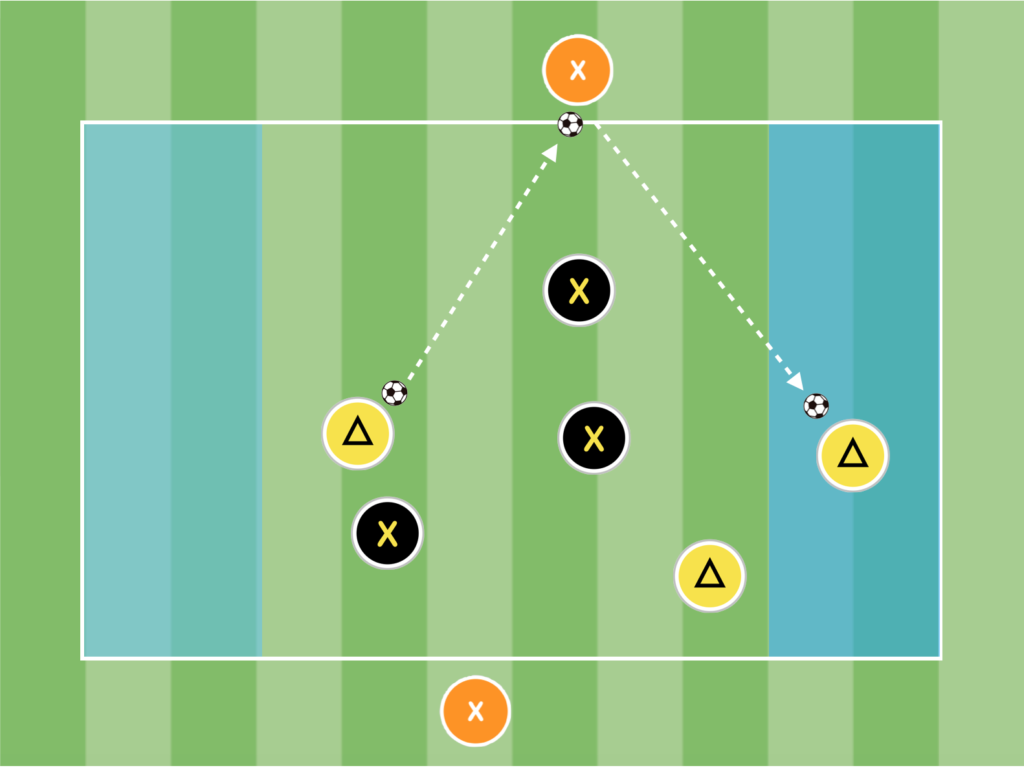 Add two sideline neutrals who join the team in possession, they can not come into the pitch and the defending team can not leave the pitch to steal the ball from them.