These are a few of the standard set ups we use for this activity. Vary your size and shape based on the number of players you have and their ability level. We tend not to make the space for this activity too big as that tends to encourage more running or kicking and chasing the ball. 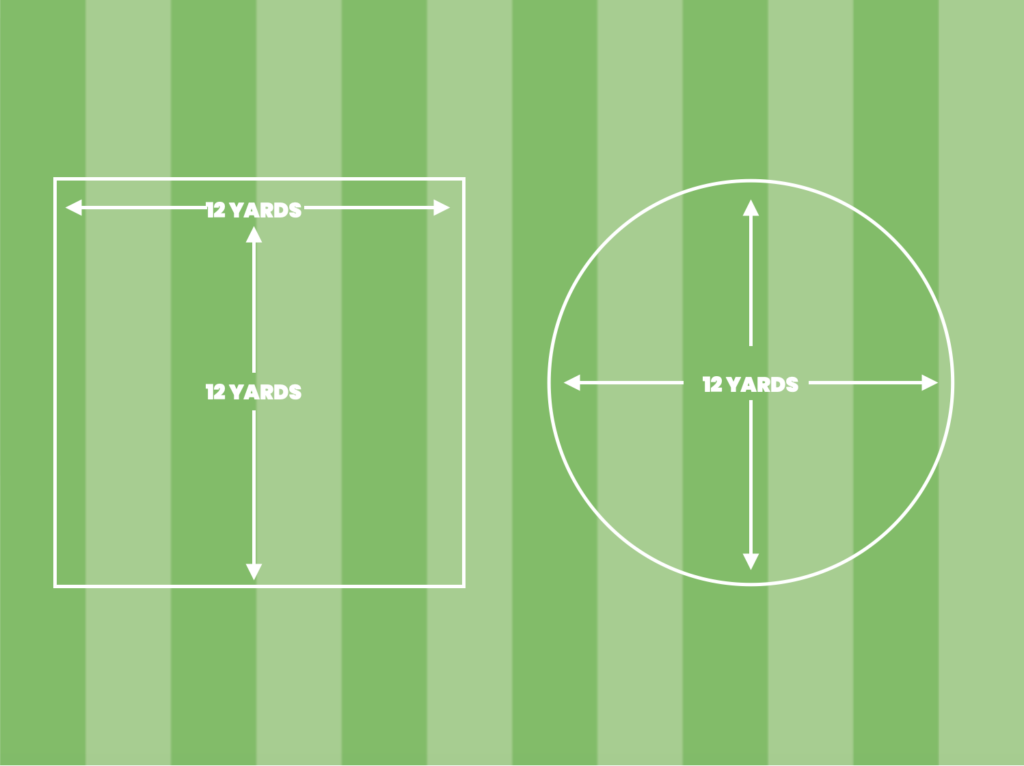 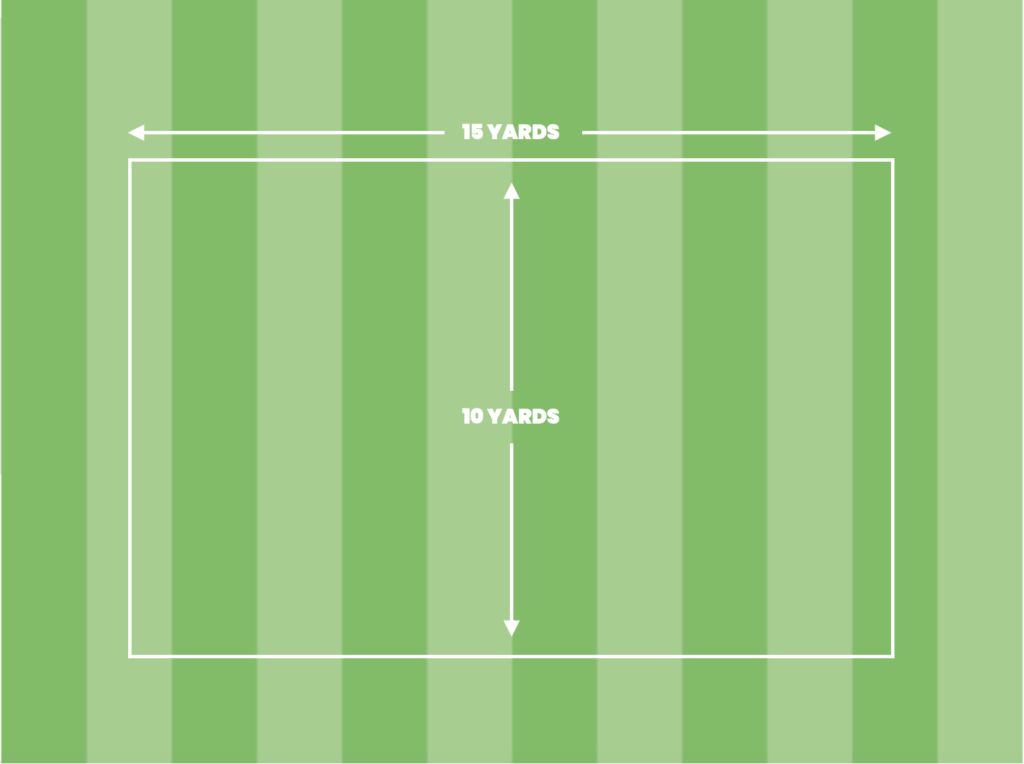 Separate your players into balanced teams with an even number of players on each team.

* Balanced teams means that they are as even in ability level as you can make them. If all your players are of an equal ability level it is easy, if you have varying ability levels within your group make sure you put an equal number of each ability players you have on each team.

The objective of the exercise if for the team of players who did not have a soccer ball to start to win a ball from one of the players that has a ball and then keep it away from them. Players who have a ball at the end of 60 seconds score a point for their team, the team with the most points wins.

One rule is that if you dribble the ball outside of the zone you must give the ball to the player who forced you out of the zone, this simulates what happens in a game. 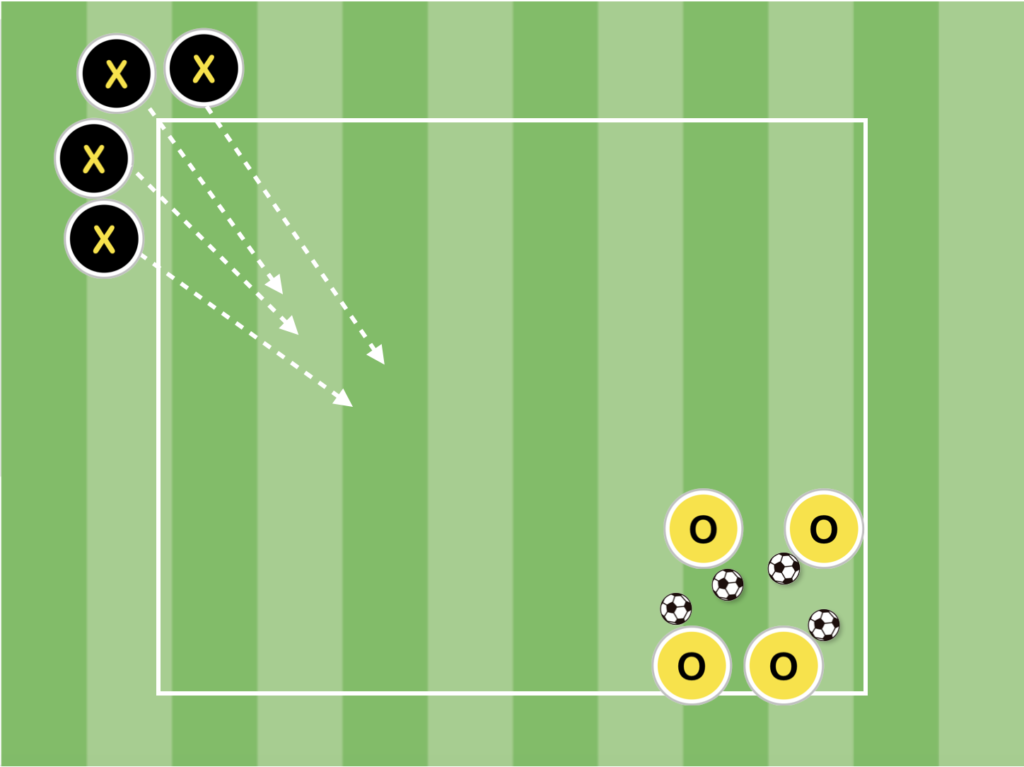 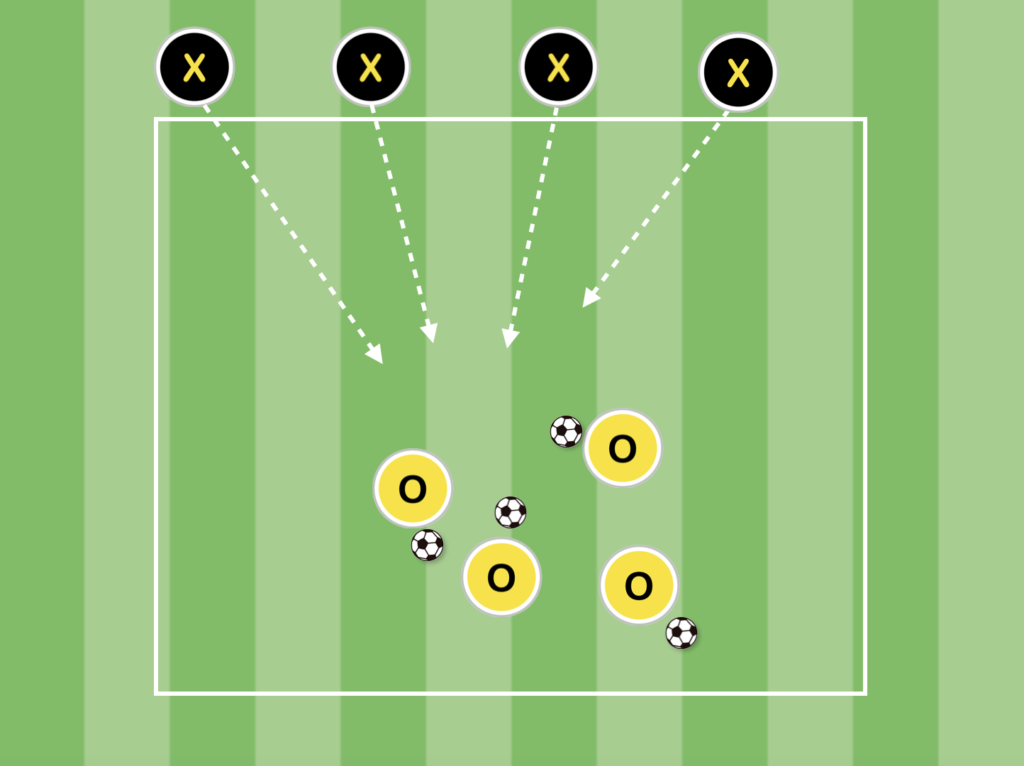 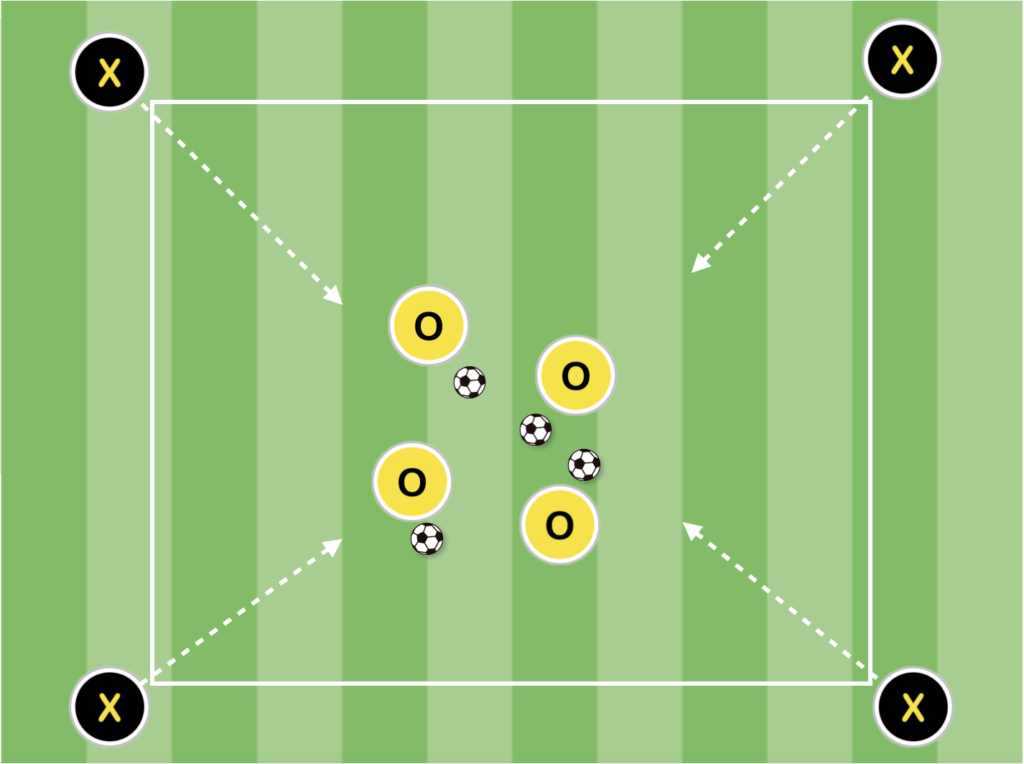 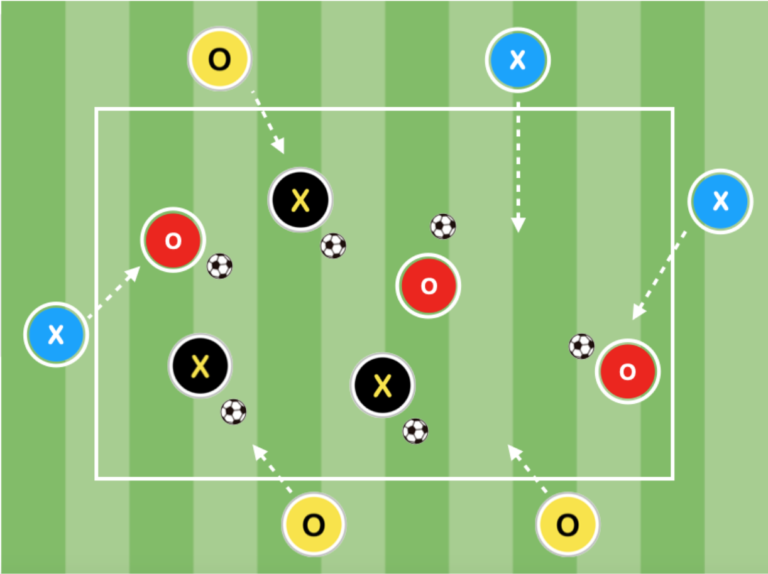 A simple progression for this activity is to go from two teams of 6 to the four teams of 3. This will add a little more chaos inside your zone and also force players to be scanning/looking around more to see where the team that they are playing against are.

Q. What happens when two players without a ball try and go win the ball from the same player?

A. Only one player can get the ball and it leaves one of the other team with a ball under NO pressure.

Q. How do you decide who you are going to try and steal a ball from?

A. Chose the closest player with a ball to you that does not already have one of your team mates trying to steal the ball. Look around and see who has a ball on their own.