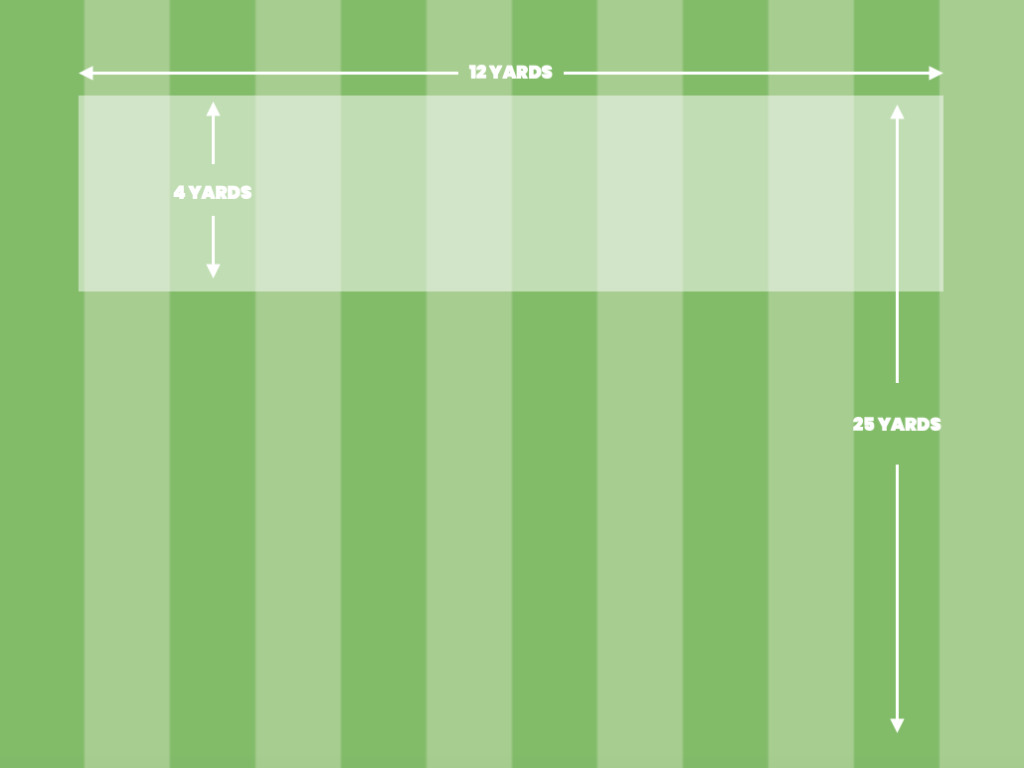 Vary your grid set up based on your players age and ability. Make your end-zone wider to start with as this will encourage use of more width and allow players to have initial success. Narrow the end-zone to make it more challenging as you progress.

Set a up a rectangle End-zone at one end of your pitch. Make your End-zone wider and deeper for beginner players to help them have more success. You can narrow the End-zone and make it smaller as they have success.

Put your players into groups of 3 and select one player who will be the defender. The pair of players will start with the ball the objective is for one of them to have the ball in the End-zone under control.

The defenders job is to stop the pair of attackers getting into the End-zone.

Variations for this activity would be to change the starting point of where the two attackers start with the ball. This will give them different game situations and bring about different movements and solutions to the activity.

Here are a number of different ways that you change the starting point of the attackers and the ball to bring about a variety of situations.

You can also add in a condition that both players must touch the ball before it gets into the End-zone. 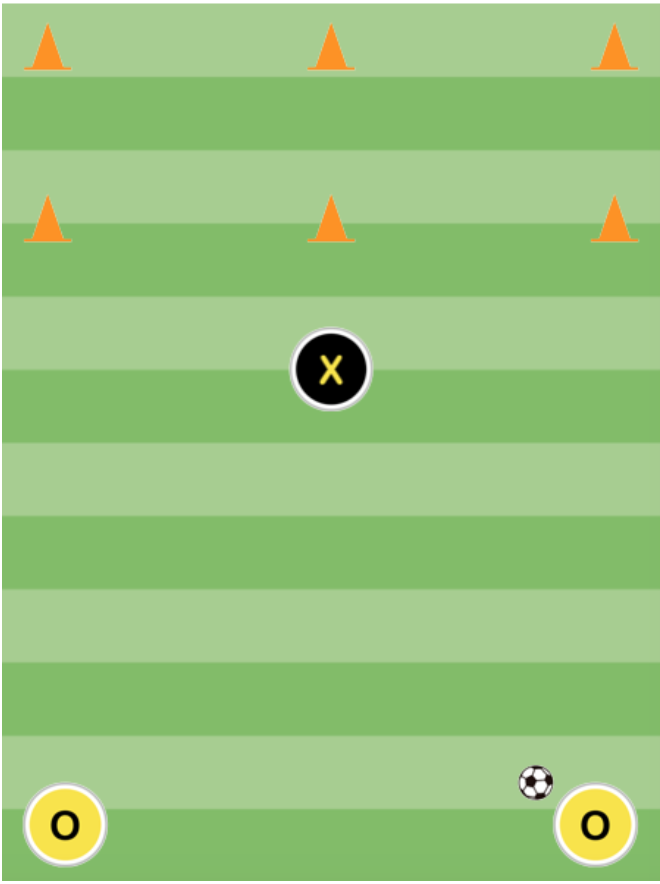 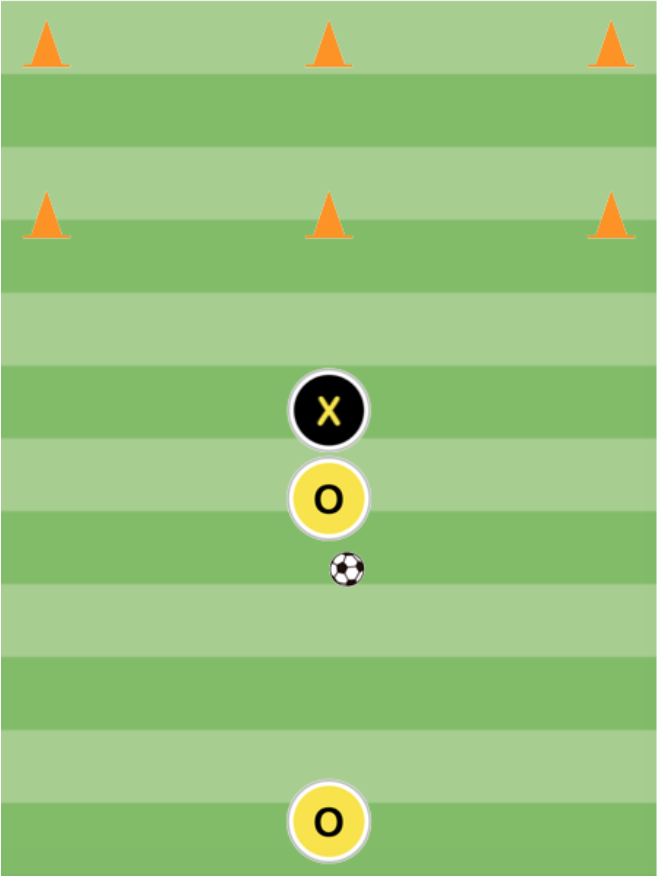 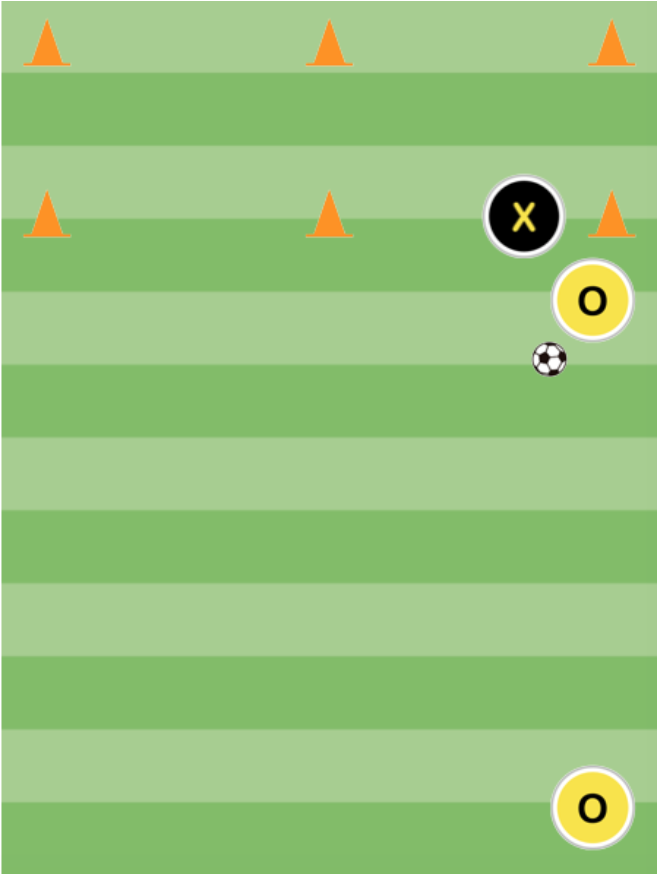 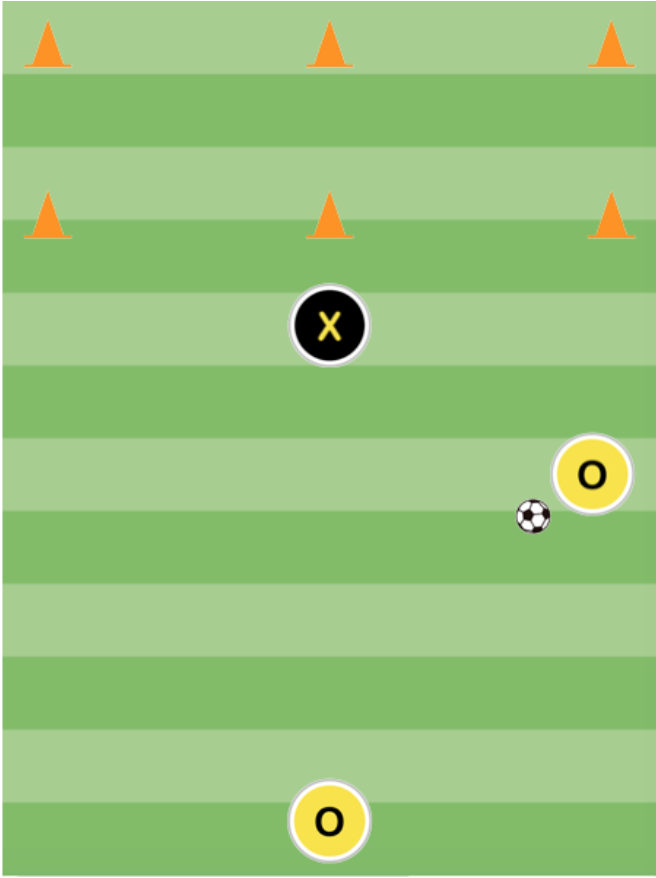 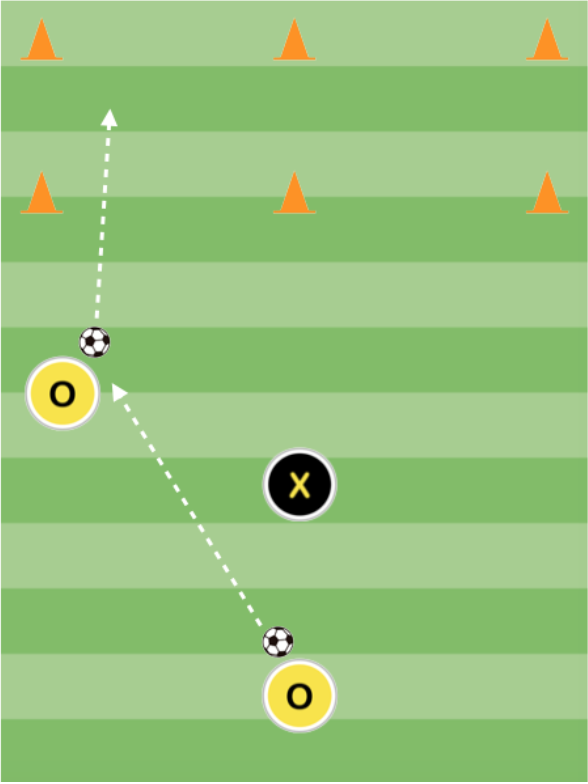 The ball carrier passes to their team mate who is an open wide position. The team mate who receives the ball dribbles into the end zone before the defender can recover and win the ball. 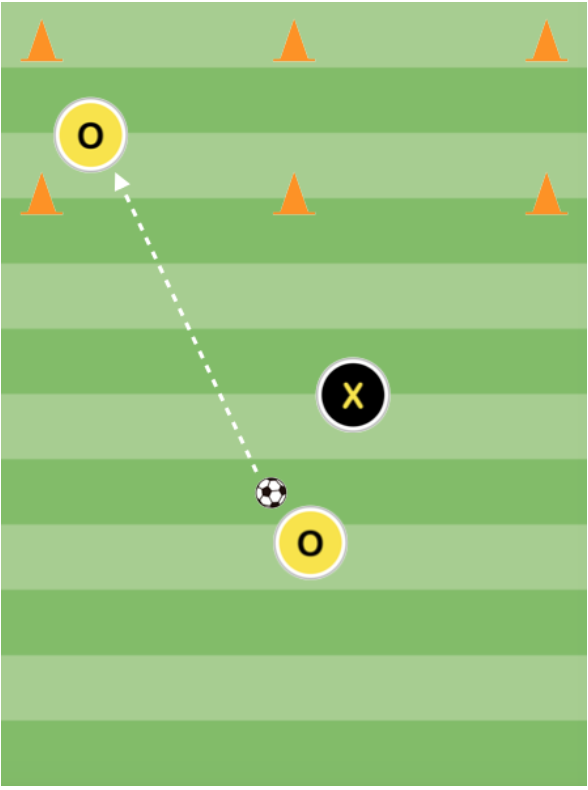 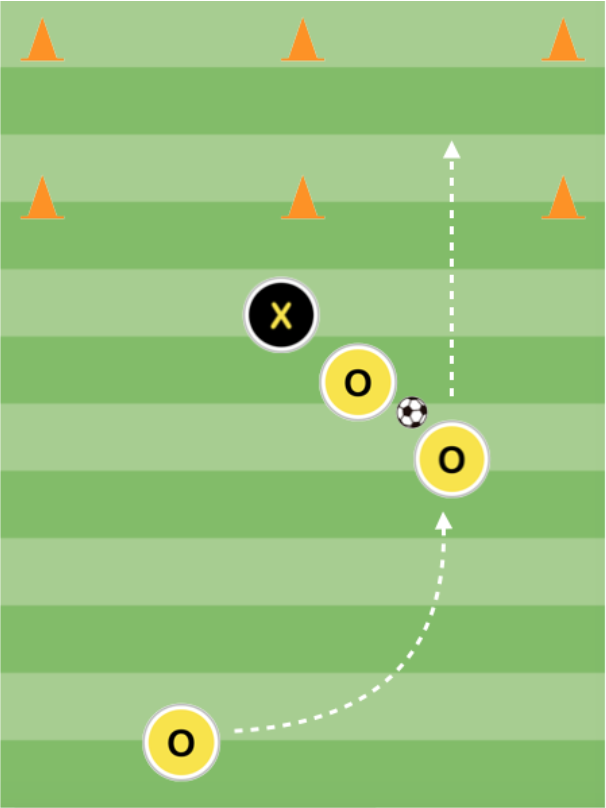 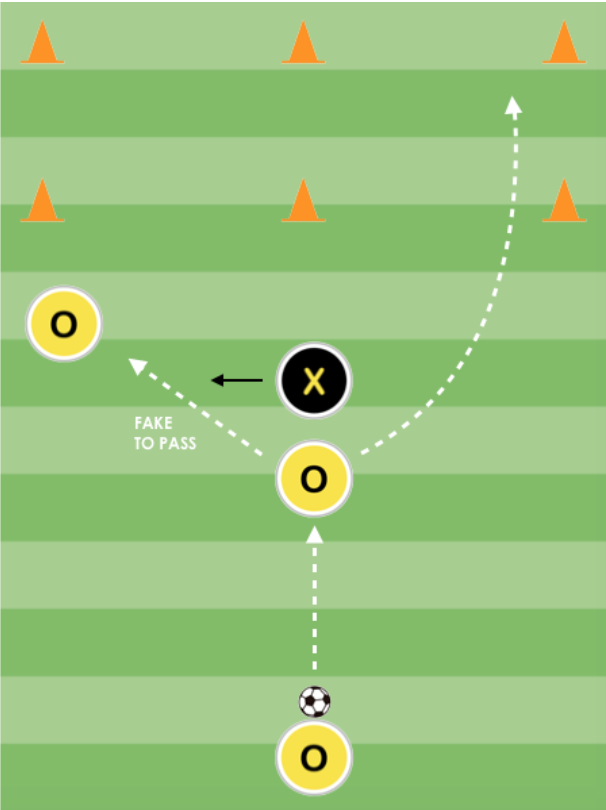 The receiver will run too far down the field so the angle of the pass is no longer on.

The two attackers will stay too close to each other so that the defender can cover both of them at the same time.

The ball carrier will dribble away from the defender towards the sideline and this will reduce or eliminate the angle to pass to their partner.

Receiving player will not get ahead or behind the line of the defender making it easy for the defender to cover them and stop them going forward to the End-zone.